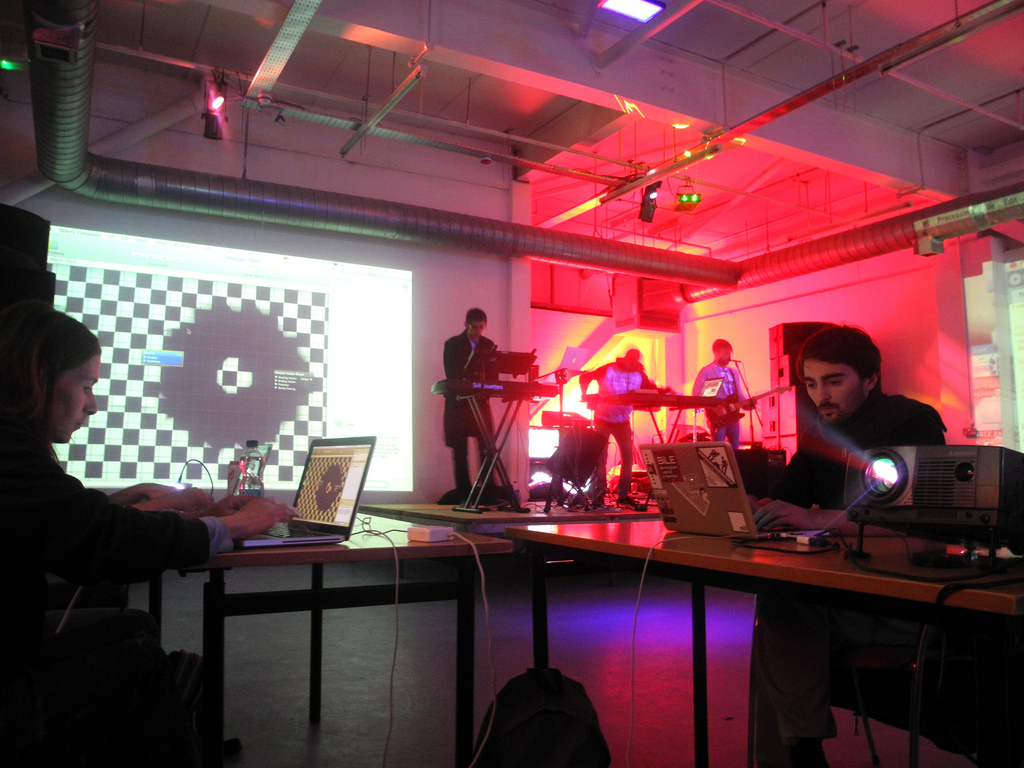 The People VS The Machine took place on Saturday 3rd November at Fixxion Warehouse Project in Wolverhampton (UK) as part of Flip Festival 2012.

The artwork was created as an exploration of the future of the relationship between humans and computers, with artists responding to the question: Will human and machine fuse to form a race of superhuman cyborgs or will we be crushed under the weight of a robot uprising, whilst having a dance?

The live illustrators were Adam Bolton, and Lisk Bot.

A short video of the night can be seen here: