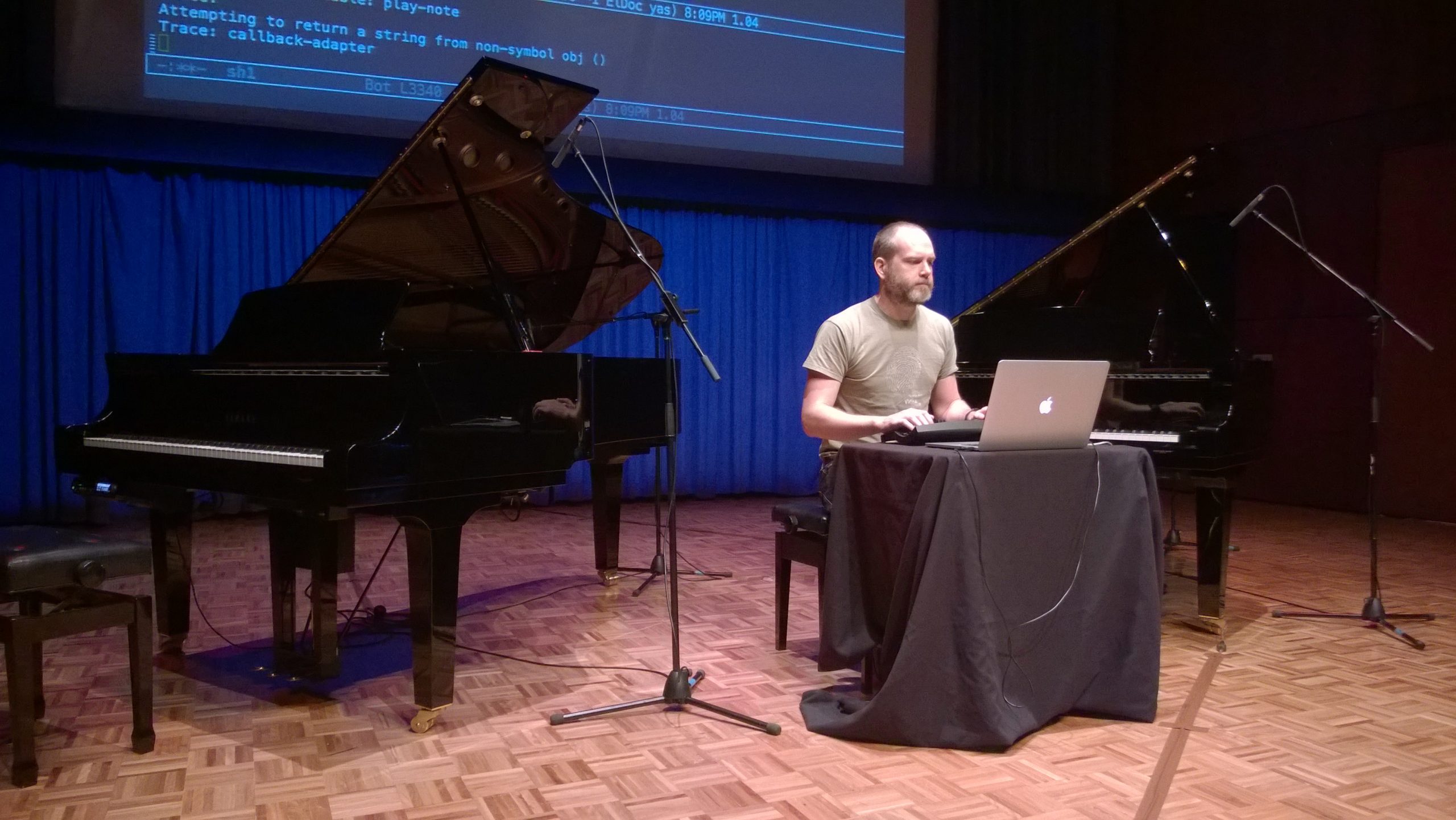 One of the performances was Andrew Sorensen’s “Live Coding the Piano.” In this perfromance there are two different keyboards at work; the piano keyboard and the qwerty keyboard. The piano is played by the machine (and is the machine) and the computer is played by the musician. This Live Coding performance involves the writing of musical processes in computer code as part of the performance. In a kind of meta improvisation, the creation of the code as score is then interpreted by the computer as compositional instructions which are finally interpreted by the Disklavier into performed sound.

One thought on “Musician & Machine concert”