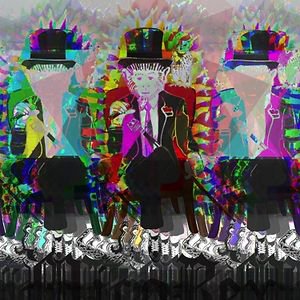 There’s a wave of excitement across Europe as Mico Rex has flown in from Mexico City. They are part of the vibrant live coding community there are bring some special vibes over, headlining concerts and algoraves in Portugal, Switzerland, Germany (see below) and the UK,   check out their video for a flavour!

Note that the UK dates in the above video are wrong since things got moved around a bit, here’s the actual UK dates:

Mico Rex will also lead a seminar on 2nd July with Julian Rohrhuber in the Institute for Music and Media in Duesseldorf, which promises to be mind expanding, details here:

Total experiments and pop combinatorial combos. Making music together is one of the most important areas of music informatics, and as early as in the 1980s, bands like The Hub realised interesting discursive situations with networked computers. As part of an workshop afternoon at the IMM, the Mexican live coding pop combo mico rex discuss and experiment together with Jan Schneider and Julian Rohrhuber new ways of algorithmic improvisation with code, instruments and voice. The workshop is open to the interested public, Wed. 2.7.2014, 2 – 5pm.