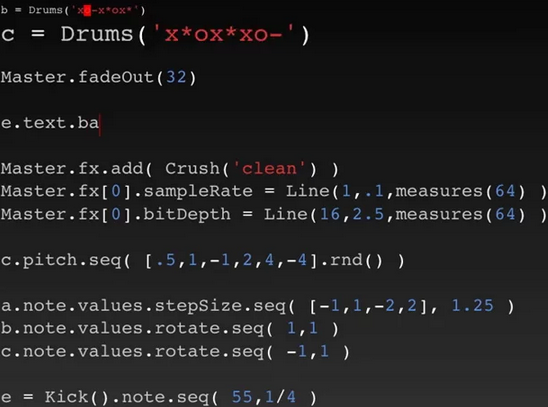 Andrew Sorensen going into some technical detail about Extempore after his GOTO Aarhus performance:
http://www.infoq.com/interviews/sorensen-extempore-realtime

And an experimental reworking of the words from Missouri Governor Jay Nixon, by James Harkins “A preview of work in progress, motivated by the news of police abuses across the US. Missouri Governor Jay Nixon spews word salad when asked if he will take responsibility for the way protests would be policed. Then I slice-and-dice his words, and it’s almost indistinguishable.”