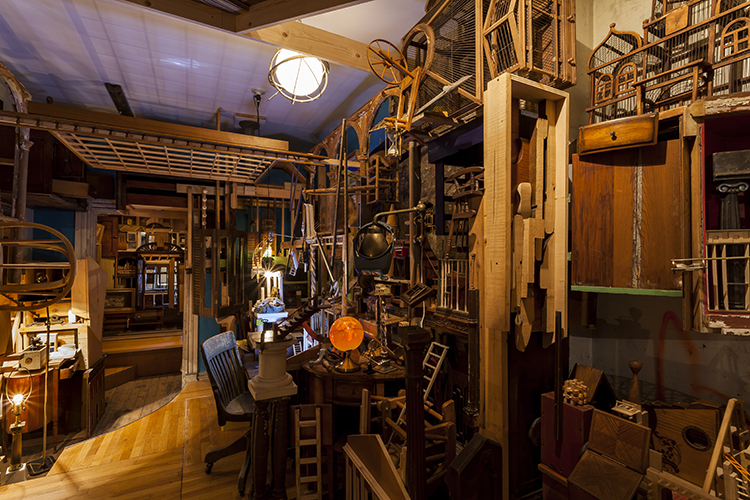 “A Second Home” transforms the Mattress Factory row house at 516 Sampsonia Way into a mysterious wonderland that cleaves, intermingles, and collages a house’s physical and metaphysical counterparts. Saturated with construction materials, furnishings, toys, architectural models, video projections, and audio elements, the resulting immersive environment—encompassing all three floors of the building—fosters the emergence of a radically interior world: one that dreams of memories that it has never had, conjures the places that it has always wanted to be, and draws its own magic out of the grains of the woodwork.

In creating the accompaniment to this installation, all sounds were sourced from within the home itself.  Miscellaneous metallic, wooden, plastic, and various other textured samples were later arranged and re-used with tidal – along with live-coded manipulation of Dubravka’s piano performance which flows throughout the duration of the work.

Similar sounds and approaches are to be featured on a forthcoming album which is slated to be released later this year!

More information on the installation can be found here and here.