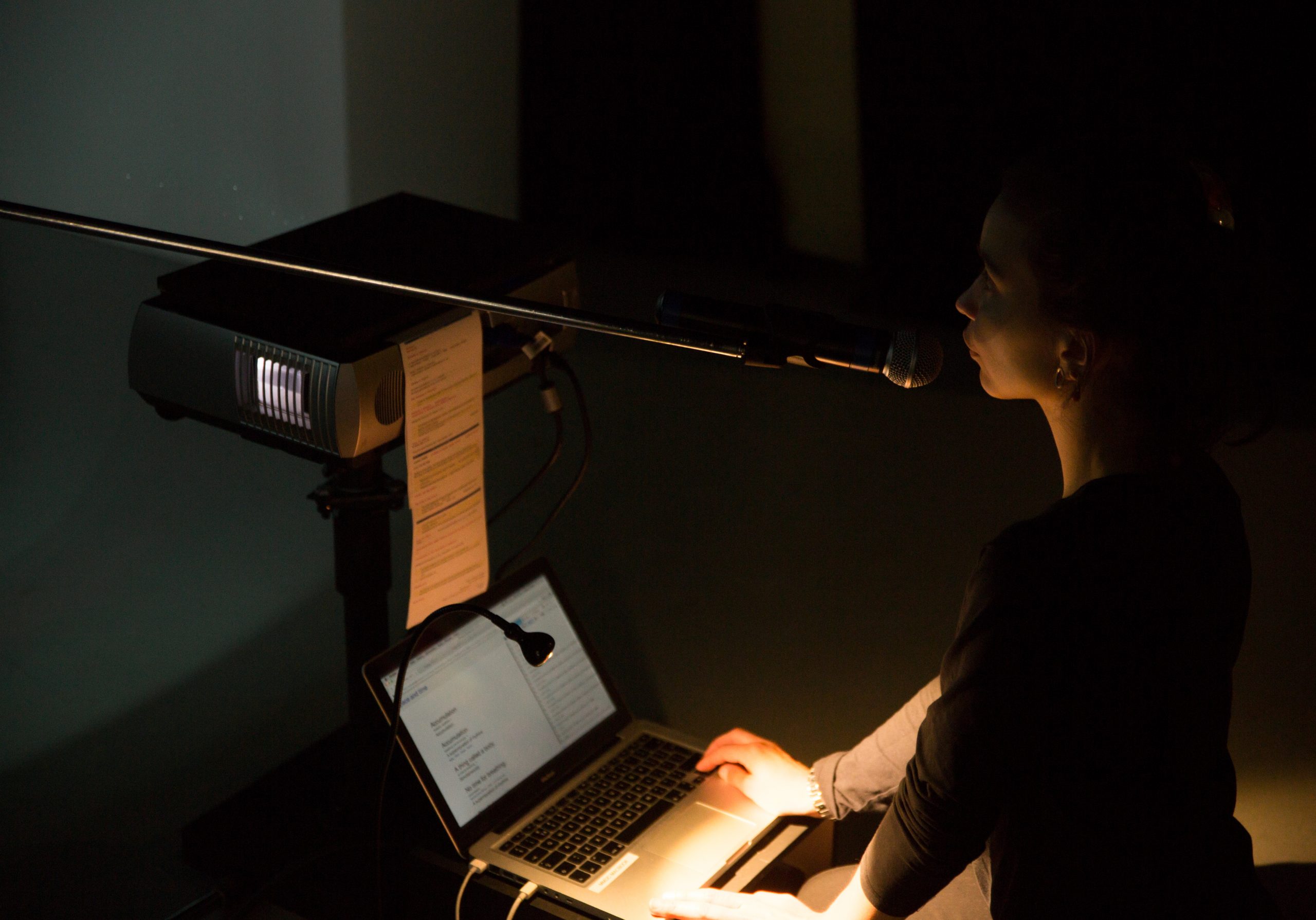 Here follows a guest post from Joana Chicau, giving some of the context behind “WebPage Act I,II,III”, her performance at the second International Conference on Live Coding. This performance was very well received, and brought together the threads of live coding, software art, net art and choreography.

How to move away from pre-choreographed environments and compose our own choreographies?

As in choreography, web design also deals with space, time and movement qualities. It has been defining ways of moving, collectively or individually, through fluid nonetheless complex landscapes of information displays, networked spaces, and media environments.
I understand choreography as a way to reflect and find alternative paths towards the use of tools, systems of visuality, accessibility, and distribution of information. As well as the way space and time are then perceived within its technological environment.

Choreographic code is a grammar or vocabulary that links choreographic concepts with web coding functions [1]. The new vocabulary brings a new meaning and produces a new imaginary around the act of coding. And since in the performance the coding is also made live, it allows for a clearer articulation between choreographic concept in the written code and its expression the web interface.

A ‘WebPage in (x) Acts’ is a live coding performance/ demonstration: an assemblage of audio-visual and graphic experiments combining principles of choreography (post modern choreographic language) with the formal structures of coding (web code/ languages, such as JavaScript).

The piece WebPage Act I,II,III [2] has been recently presented at ICLC’ 16 [3]. The performance starts with a regular search webpage, followed by the opening of the web console. The screen is now divided in two stages: the “frontstage”, the interface a user normally accesses and the “backstage” or the web console in which programming languages can be run. In the web console I call, juxtapose and manipulate different functions from a choreographic code while simultaneously displaying the varied outcomes of graphic elements in the screen. These functions are named after choreographic concepts which are assigned to specific web design actions. While the computer interprets the code, the readers/ audience will be interpreting and start wondering about the relationship between the ‘choreographic vocabulary’ in the code and its immediate outcome. The page originally filled with information, will be deconstructed , with elements being moved and removed, ending with a minimal layout. The performance structure is divided in three acts, and comprehends physical movement.

An important point in developing this project as a live setting performance is the question of presence: being here and now. Breaking the distancing between mind/body, designer/audience, designer/design-piece, discovery/invention. This way, enhancing the idea of process over product. Reflecting on how web-design/coding methods maybe driven by choreo-aesthetic, choreo-political, choreo-graphic possibilities.

Choreographic thinking and methodologies address questions of unpredictability, indeterminacy, immateriality, spatial and temporal paradoxes that can inform new media on how to respond to the digital logic. Considering the indeterminate interactions between scripts, machines and users,  bodies and languages, this project is then a re-articulation of the two disciplines at a fundamental level: choreography and coding technologies.
The source code [4] for the piece WebPage Act I,II,III is available on github and in the form of a glossary which further explains the more conceptual dimension [5].

The project has grown into diverse live performances/coding demonstrations of her methodology/research. To follow up on the many iterations, please follow up the link: https://jobcb.github.io/

Hope to see you in future choreographies,