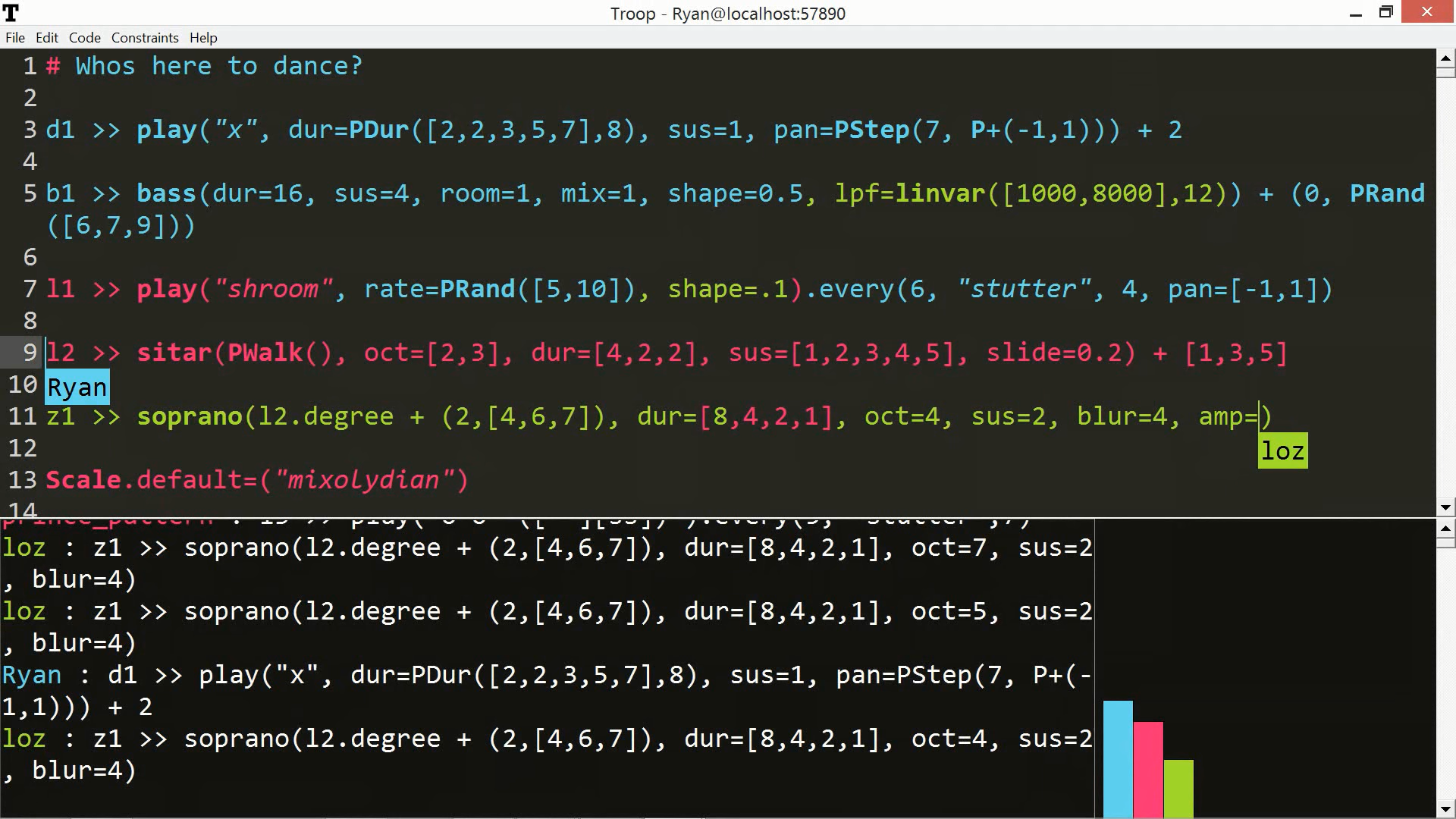 “Troop” is an editor / environment for live coding with other people. It lets you collaborate simultaneously on the same piece of code from separate machines and is configured to use the TidalCycles, FoxDot, and, most recently, SuperCollider live coding languages. It currently requires Python 2 or 3 to be installed to run but hopefully in the near future it will be released as a simple binary executable that can be downloaded and run immediately with no configuration. Troop is completely open source and can be downloaded from the GitHub repository: https://github.com/Qirky/Troop, which has all the information on installing and configuring the tool.

It’s currently being used by The Yorkshire Programming Ensemble (TYPE), who are made up of Ryan Kirkbride, Lucy Cheesman (a.k.a Heavy Lifting), and Laurie Johnson, as their interface for live coded performance. Here’s a short extract from a recent performance at Sheffield’s AlgoMech festival.

Each user is assigned a different coloured font to help differentiate the individual contributions. As you start to work on each other’s code the colours intertwine and you are left with a visual testament to the collaborative processes that have occurred – that is until the code is changed again by someone else! The same code is evaluated on every connected user’s machine, which means that if you are separated geographically then the audio will be generated from your code locally on your computer and no audio needs to be sent across the network. If you’re all jamming together in the same space then only one of you needs to connect to speakers and you don’t need to worry about synchronising tempo – just make sure you only play with someone you trust won’t run any malicious commands, though!

Troop is being developed as part of my PhD thesis exploring collaborative tools and processes in live coding. If you have tried using the Troop environment then your feedback would be a huge benefit to my work and would help improve Troop for others. You can fill out a (mostly) multiple choice questionnaire by clicking on this link: http://tinyurl.com/troop-feedback